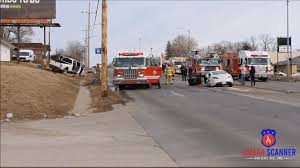 After an Omaha accident yesterday that critically injured three people and left one with life-threatening injuries, we have gathered the following information on the crash. A drunk driver was involved in the crash that took place near 103rd Street and Maple Street around 8:30 p.m. Police say the driver was impaired and hit a light pole. Injured people were taken to Nebraska Medicine, where they were treated for their injuries.

More Than You Paid And Will Not Settle For Less

One of the drivers of one of the SUVs was driving under the influence and lost control of his vehicle, striking the pedestrian. The driver was arrested, and the other two were taken to a local hospital. Both drivers suffered injuries, but one did not survive the accident. In addition, the driver of the other SUV sustained serious injuries as well. After a few days, a federal judge threw out a lawsuit against prosecutors.